The town of Primorsko is located on the slopes of the Strandzha mountain range. The climate here is moderately subtropical with a small amount of precipitation, the air is dry and clean. This area was declared a protected nature reserve in 1940. As a result, it was forbidden to conduct archaeological excavations. Perhaps this happened at the request of the German leadership. Indeed, it is for certain that in those years Bulgaria maintained very good relations with Hyler Germany. And the department Anenerbe was interested in all sorts of paranormal places. So it is quite possible that German experts in search of the grail visited here. But there is no thin without good - thanks to the closed mode of the special facility, the nature of this place was preserved in its original form. And most importantly, the megalithic complex, whose age is estimated at 15 thousand years, remained untouched. 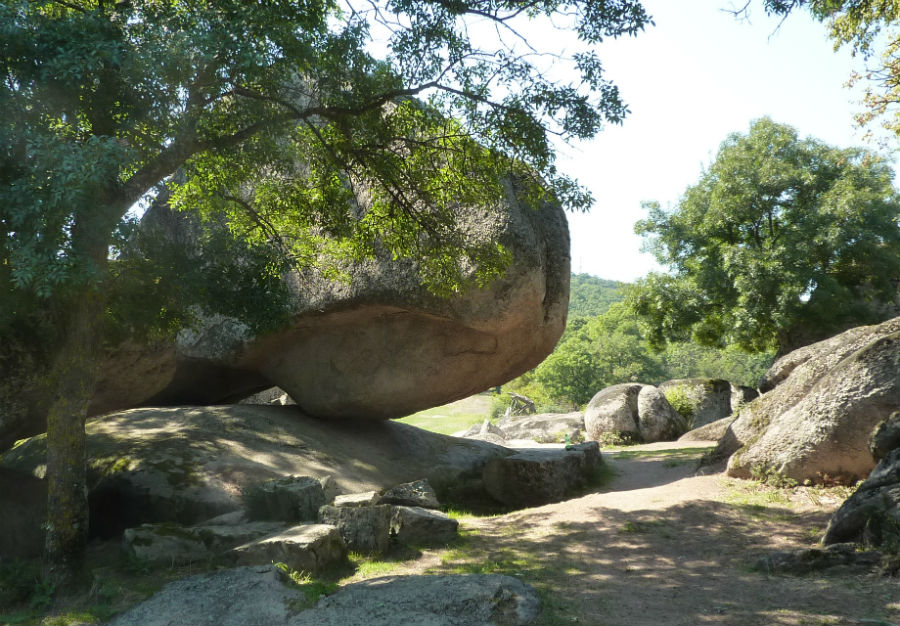 Such places are always surrounded by rumors and legends. So the locals are sure that this is a fucking place. And the one who goes there may not return. And all because there is some kind of unknown power that can not be disturbed.


The secret dacha of Todor Zhivkov.

But the post-war communist leadership of Bulgaria reacted to Beglik-Tasha differently. It was here that Todor Zhivkov, secretary general of the Communist Party of Bulgaria, built his secret dacha "Perla". And where there is a secret, there necessarily appears a barbed wire and protection. So it happened in this place. As for the purpose of this enterprise, it is on face. Only the face is Todor Zhivkov. They say after resting in this dacha, he looked much better externally and physically. After the 1989 coup, Todor Zhivkov was dismissed. At the request of the latter to leave him a summer residence "Pearl", he was refused. Probably, one of the new authorities knew about the healing place and decided to leave it for themselves.


For fifteen years, the new owners of Bulgaria tried to learn all the ancient secrets of this place. All this time, there was a strict admission regime and armed guards around the perimeter. But money and power did not help to learn one of the eternal secrets. The result of the research was zero. As a consequence, the dacha was abandoned, and the secrecy and security were removed from the facility. Only after this came the archaeologists. It was they who opened the world to Beglik Tash.

So what happened here many thousands of years ago? Many outstanding scientists argue about this and now. 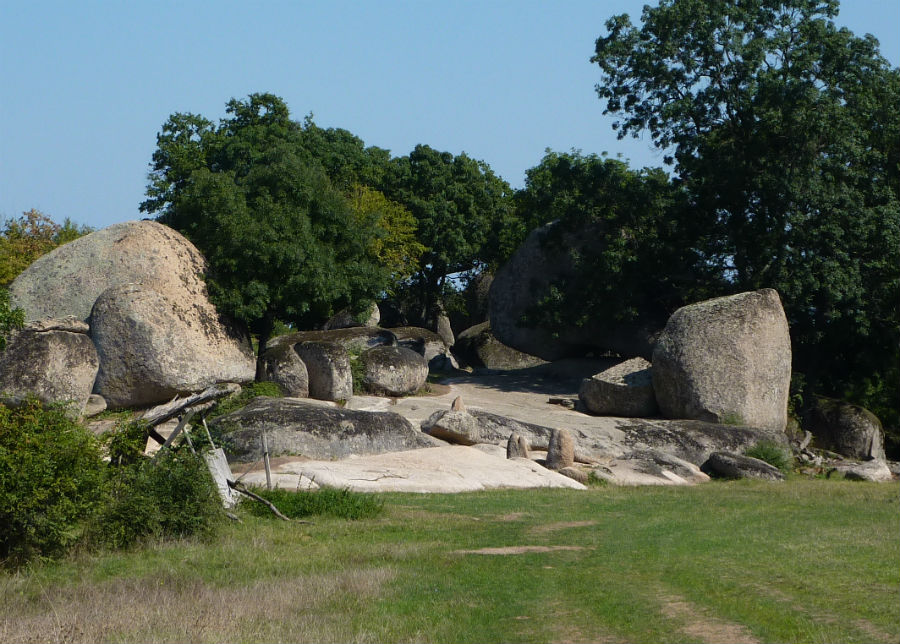 Today we can confidently say that this is the most ancient sanctuary on the entire Black Sea coast. The conducted researches prove that at the end of the Bronze Age there was active human activity. Later here settled the Greeks, Romans, Slavs and probolgari.


The sanctuary is a circle of huge boulder stones. They are located on a rocky surface in the middle of a large glade. The total area is 12 hectares. Multiton boulders are collected and compiled so that they form a clock, a calendar and an observatory. Therefore, Beglik Tash is often called the Bulgarian Stonehenge. Huge boulders are artfully processed by an unknown modern science in a technological way. Also it is unclear how they are raised to the top of the hill. 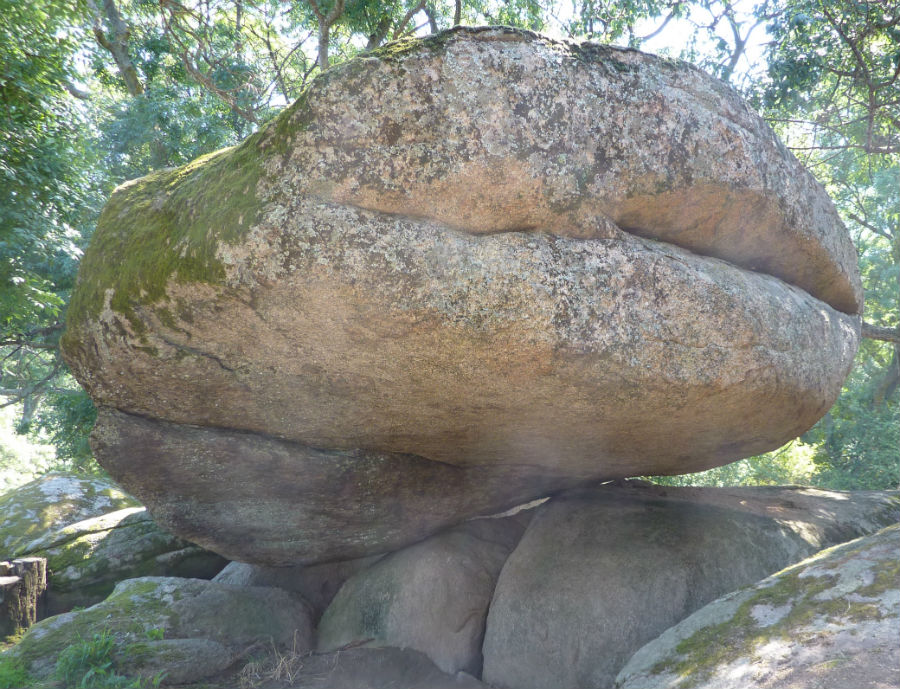 In the rocks are carved stone circles, made depressions and cut through holes. What was the purpose in this? Some assumptions. There is a local legend that Jason and the Argonauts visited this sanctuary. It is claimed that they spoke with prophets and offer sacrifices to the gods. All this happened before their journey for the Golden Fleece.


Sanctuary or Atlanta base?

In October 2004, archaeologists found evidence that Beglik Tash is only part of the underground and above-ground complex. But the investigation of the underground part is very difficult. Frequent earthquakes have brought a lot of damage to this part of the complex. When exploring the ground part of the complex, the following objects were identified. The first is the Temple - an altar carved from solid stone. It consists of two tanks with grooves provided. The second object is the main altar. It consists of huge stone blocks supported by two or three points. And the third object is a stone throne, on which sat the ruler or chief priest.


There is also a calendar and a clock. These compositions consist of stones, holes and a lined dial. And the main role was given to the sun. It was the rays of the latter that showed the time and the equinox.

Also interesting is the maze of fate. Entering the labyrinth, you should choose the path - forward or left. Choosing the way forward leads to a dead end. And if you go to the left, you can come to the rocky gorge. The latter is called the Oracle and symbolizes the entrance to the underworld.

Also interesting is a narrow crack, cut in a rock 9 meters high. Not everyone can go through this slot. Those who like to eat and do not follow themselves can not pass here. According to legend, only a person who has a slender body can go through and learn the wisdom of his ancestors. A strange sensation in this slot is attached to the sonar channels. Thanks to them, in this place there is amazing acoustics. 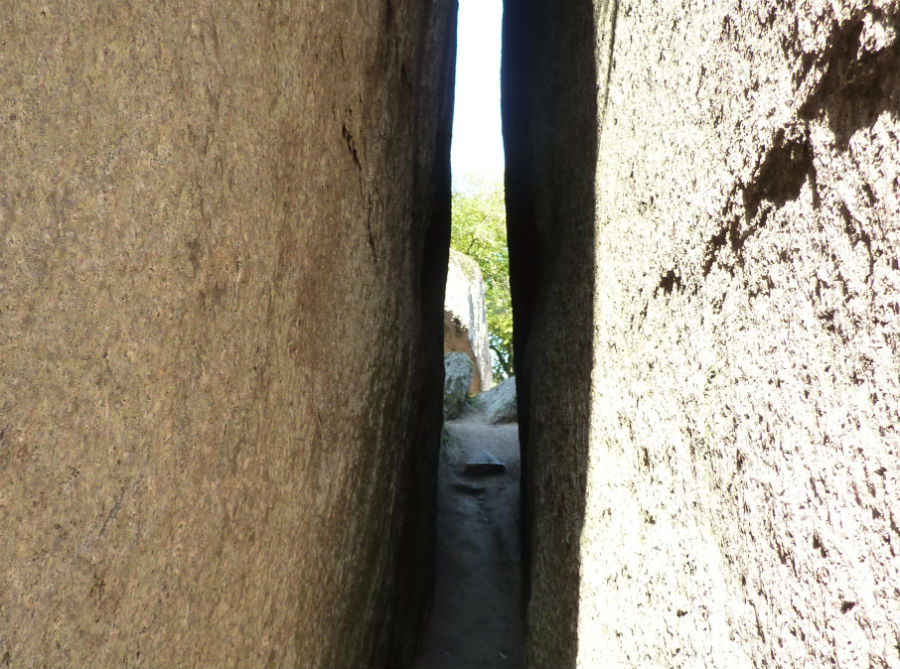 Another mystery of the complex is a stone composition called God's Hand. It is a huge block weighing more than 200 tons, length 12 and width 9 meters. It is oriented from the north to the south and rests only on two small points. Who is he raised to the highest point, installed and clearly balanced? After all, artificially processed sides and bottoms of lumps are clearly visible. Today this place has become a kind of amusement. Those who like to try themselves can try to lie down in a niche under the "God's palm." Very few do it. And to stay under the stone for one minute, it is possible to one. The researchers believe that this was the place for a judicial trial. If a person is pure mind and heart, then he could be in the niche as long as he likes. But the person with an unclean conscience pushed the energy of the place back.

Another amazing anomaly of this place is the clear sky at night in the summer months. It seems that the clouds bypass it. And this is an ideal place for an observatory. Only whose? The Thracians came here much later than the complex was built. Yes, they remade its elements under their gods. But who built it all? The stones stand in this position for more than 15 thousand years. According to archaeologists, the sanctuary was seriously destroyed by Christian missionaries in the late 3rd century AD. But man and the weather could not completely destroy the ancient builders built.